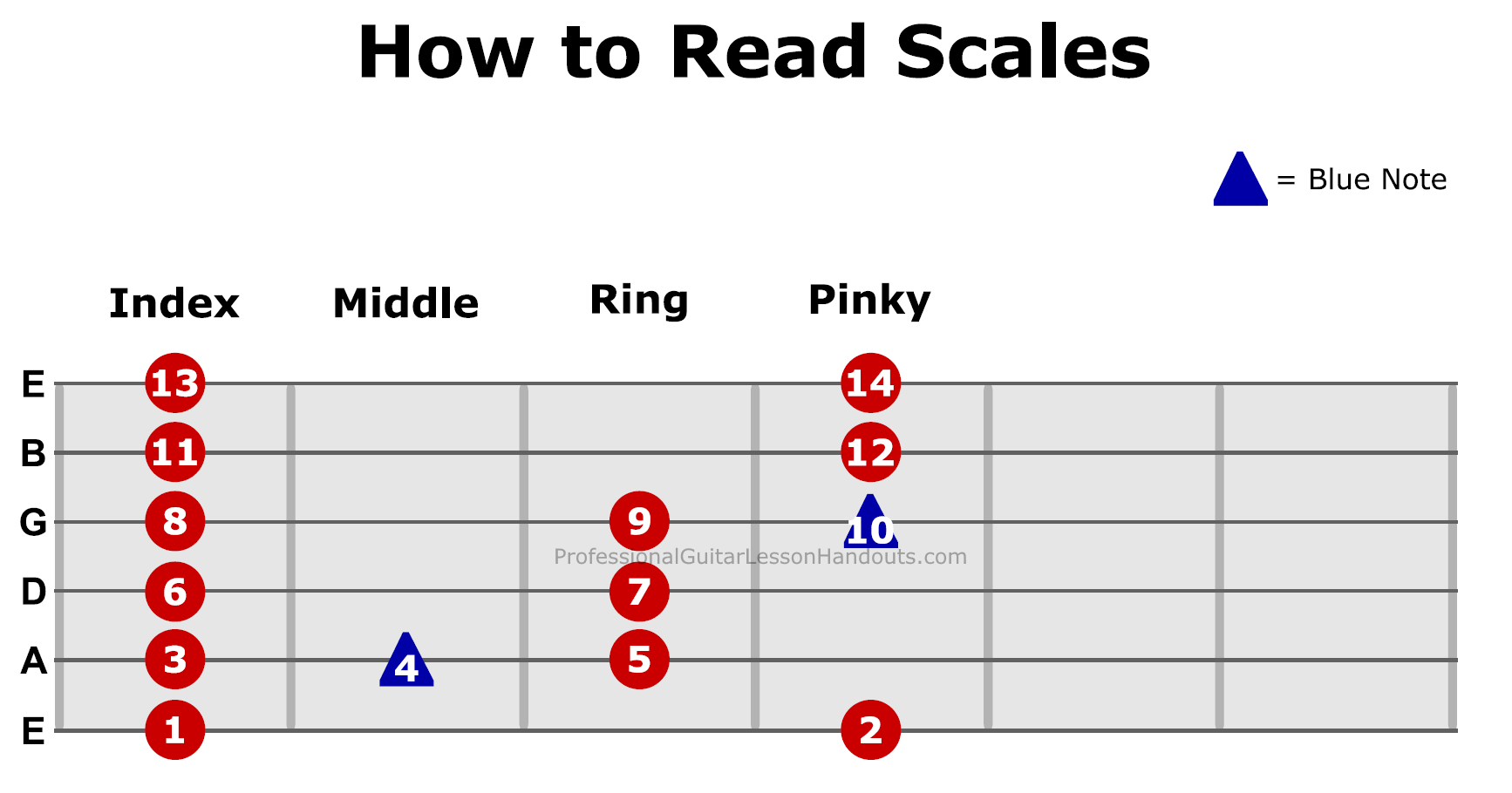 Today, we are going to learn a guitar scale. In addition to being a great exercise that will improve your finger independence, hand arch, alternate picking, stretches between the fingers, and many other things; it is also the basis for soloing and playing with your friends!

Our long-term goal is to learn the entire neck, but right now we want the biggest bang for our buck. Most people are going to get the most usage out of the notes between the 1st and 12th frets on the E and A strings.

Guitar theory concepts discussed using samples of the handouts for sale on this site. Ideas for self-study and teaching to gain a better understanding of the guitar neck and how to use music theory for guitar.